Posted at 14:01h in News by Lindsay McCarthy
0 Likes

Maria Montessori coined the phrase “the absorbent mind” to refer to the capacity of a child’s mind to absorb information from their environment and shape their brains unconsciously.  Acquisition of language in a child is a manifestation of this. According to the Montessori Philosophy, the absorbent mind (most active between ages 0-6 years) allows the young child to experience periods of intense mental activity,” absorbing” learning from her environment naturally and spontaneously. This coincides with a child’s sensitive period for language, which are periods during human development when children are biologically ready and receptive to acquiring a specific skill or ability.  You may have seen this in a young child whose vocabulary seems to explode seemingly overnight as they suddenly begin using numerous new words.

If you are looking for specific research studies on the benefits of language learning, we recommend checking out ACTFL Language Connects.

How Second Language is Taught at CMMS

At Children’s Manor & Magnet Montessori Schools, our children are introduced to a second language at an early age in which they are taught the rudiments of Spanish vocabulary and grammar in the context of the culture where the language is spoken.  The experience of learning a language and culture simultaneously enhances the child’s linguistic comprehension and introduces them to a diversity of cultures.

We also incorporate music and movement into our language instruction. Children are introduced to songs in a foreign language in which they are asked to act out verbs like jump, run, dance, sit, and stand.  Often these songs are ones children are already familiar with in English, such as ‘Head, Shoulders, Knees, and Toes!”  The more movement incorporated into language lessons, the more likely students will understand, remember, and apply their new vocabulary. You may even have your children coming home and practicing their Spanish by singing a song they learned in school. You will be amazed at how quickly they pick up on the new language!

Foreign language is also an integral part of our Montessori Links curriculum.  For each month in the academic year, the Montessori Links curriculum presents a Theme and a Continent Study that incorporates the five Montessori learning areas. As the Themes and Continent studies integrate study of different countries and cultures (including their food, clothing, housing, holidays, musicians, artists, authors, etc), children are further exposed to foreign language within the context of everyday life. 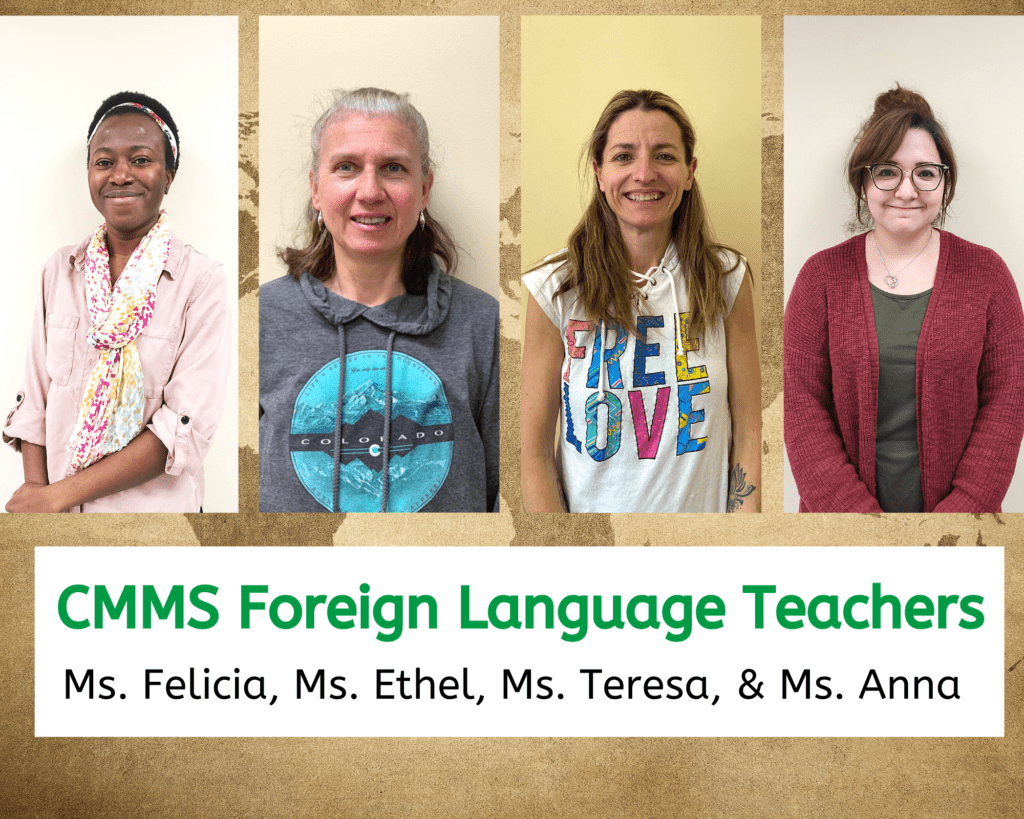 Interested in learning more about our Montessori Links Curriculum and integration of a second language? Schedule a tour with us!

Children’s Manor and Children’s Magnet Montessori Schools are dedicated to preparing children to excel in a global society by providing an academically rigorous, engaging, and supportive learning environment that cultivates curiosity, creativity, and critical thinking.